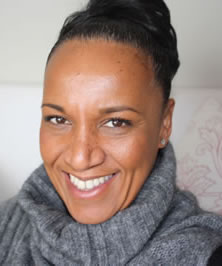 I did rather a lot of things before becoming a writer – I was a cocktail waitress, a kibbutz worker, an office manager (amongst many other things!) before deciding I wanted to be an architect. It took me seven years to become an architect and pretty much as soon as I’d finished, I changed my mind. I’ve been a full-time writer now for nearly ten years and although I sometimes (not very often) miss the thrill of building and designing spaces, I absolutely love what I do. One of the best things about being a writer is that you can do ‘it’ anywhere – so I do. I live almost simultaneously in Johannesburg, London, Accra and Edinburgh and although I spend an awful lot of time in airports, that’s where many of the ideas that become my novels actually begin. There’s something about the drama of arrivals and departures that I love, having spent most of my own life trotting back and forth between Ghana and Scotland on an almost yearly basis. When people ask me where I’m from, or what I do, it almost always involves a long pause and the words, ‘Well, I was born in Scotland but grew up in Ghana…’ or ‘Well, I trained as an architect but gave it up…’ I’m beginning to rather like the sound of that long, drawn-out ‘Well…’ and have abandoned the idea of living in one place alone. More than anything else, living in two or three places which are wildly different from each other has taught me that despite everything, underneath it all, people are pretty much the same the world over. Love and friendship, secrets and lies, passion and jealousy, redemption and revenge… we’re all moved by the same, very human emotions. For a writer, there’s no better inspiration… and I hope it shows! 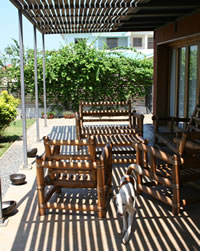 Want to read about building my own home, or what growing up in Accra was like? Click here.