And So To Bed

I know it’s spring and the sun’s shining and one’s thoughts really shouldn’t be turning to bedtime, but I’ve been doing rather a lot of traveling lately and whilst I enjoy it (especially the BA lounges at Terminal 5), it’s actually left me rather exhausted. So I’ve found myself lying in longer than I normally do in the mornings and, ahem, toddling off to bed rather earlier than usual in the evenings. It’s either exhaustion or advancing age . . . I’d like to think it’s the former, not the latter, but . . .

Anyhow, given that I’ve been spending rather more time asleep than I ought to, especially since there’s a new novel due, I thought I’d at least make the bedroom somewhere bright and cheerful and what better use of all the fabric I endlessly cart back from Accra . . . than to make some duvet covers. Part of the fun is actually making them. I can’t sew, of course, but I do know someone who can. His name’s Kwame George, he works in a tiny (and I mean tiny) kiosk just down the road from me in Accra and he makes the best (and I mean best) duvet covers this side of Habitat. Here’s a sample of Kwame in action. And the results . . .

Step 1: Glorious Fashions by Kwame Workshop and Atelier (yes, that really is the name!) 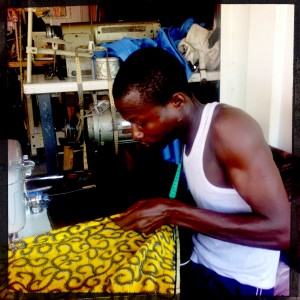 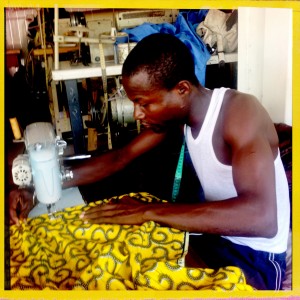 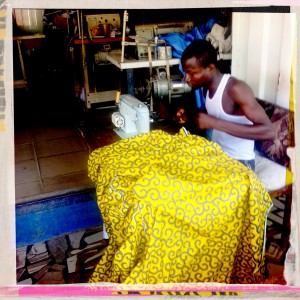 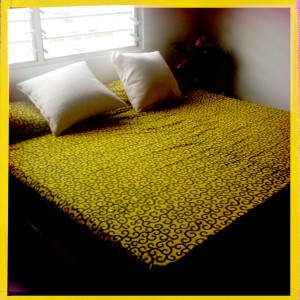 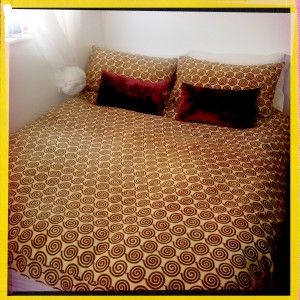