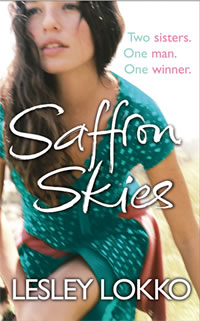 MAX SALL, powerful, wealthy and utterly ruthless, a man without a past… His wife, ANGELA, a society debutante who fell in love with the dark, handsome stranger, and broke her parents’ hearts when she married him… His mistress, FRANCESCA, the glamorous air stewardess, who saw in Max her ticket out of the Italian provinces and grabbed it – and him – with both hands… And his daughters: AMBER, more like her father than she’ll ever know, smart, shrewd and determined to achieve, whatever the cost; and PAOLA, groomed by her mother to succeed where she failed, in getting a man to marry her.

Max’s women are very different, but they all demand his attention. While Amber and Paola are growing up in the 1970s, their mothers somehow find a way to share Max between them. But when Amber and Paola fall in love with the same man two decades later, they’re determined that this time there will be no sharing…